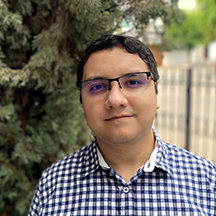 The next subject in The Art & Science of Drawing

turned out to be two weeks worth of lessons. How to draw objects volumetrically is without a doubt one of the most important skills I’ve learned in this class.

Drawing the sphere consists of adding vertical and horizontal axis lines to a circle and then drawing ovals using them as a base; indicating the volume of the sphere. We highlight one side of the oval to indicate the orientation of the sphere.

To draw cubes we need to know the type of perspective we are working from:

In order to draw cylinders we start by drawing a vertical axis line for the body, then we draw two horizontal axis lines across it, each close to one of the edges. This will be our basis for the ellipses at the top and bottom. We draw the first one. No matter the orientation, this first shape should be slightly wider than the one oppose it (which we are yet to draw), since it’s supposed to be closer to us. We then draw two vertical lines coming from the sides of this ellipse that should angle downwards (or upwards) just like the cubes in three point perspective, and should end up meeting the other horizontal axis line. We draw a new ellipse here. This shape should be a bit more open than the first one, since it’s farther away in canonical perspective.

We can simplify the construction of more complex objects by dividing them into simpler, easier to draw shapes & forms, like cylinders, spheres, ovoids and ellipses. The planes of boxes can also be sliced to construct edges for other shapes. Boxes can also simplify the construction of rims and handles, like the ones in cups. You simply draw the shape of the rim or handle in one of the planes and then move on to the next one, trying to preserve the correct perspective.

This couple of weeks were filled with a lot of fundamental concepts that helped solidifying in my mind the proper way to portray these shapes and form volumetrically within a drawing, adding so much to it’s realism.